Those of you familiar with Jack Molay’s “crossdreaming”, will know of the political motivation behind the term, it’s discourse and it’s propagation. That of a self-identified transgendered man’s desire to reduce the fetishism described by “autogynephilia” (denoting sexual arousal by the idea of being a woman) theory, to transgenderism. 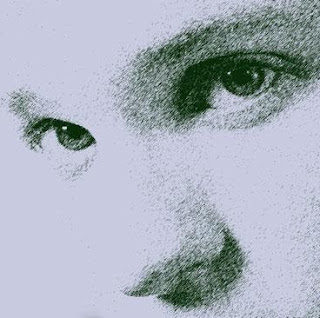 It is easy to understand why autogynephilia (or “AGP”) theory is so disliked by trans-identified individual’s. The proposition that a straight male’s desire to become women, is emotionally rooted in the misdirected sexual attraction to himself as a woman. That the autogynephiliac M2Fs are not real woman, but “Men Trapped in Men’s Bodies”. 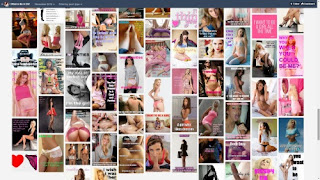 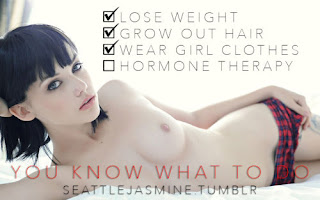 Central in autogynephilia theory was seeing the connection between the sexual desire and subsequent emotional desire to become women, especially in AGPs who have a preference for anatomic fantasy themes (”Antatomic autogynephilia predicts gender dysphoria”)

In Molay’s creation of “crossdreaming”, he states he wanted a term that was distant from the toxicity of autogynephilia, a “softer” term. That the term includes the word “dreaming”, already discloses the desire to obfuscate what AGP denoted, blurring sexual arousal (by the idea of being a woman) with the longing or even “dysphoria” of “dreaming”. Further stating a desire to broaden the meaning of crossdreaming, effectively to become interchangeable (thus superfluous) in relation to transgenderism. In the end, there will simply be transgenderism. He runs an essay blog, a forum and has recently acquired administrative control over a reddit discussion group. All tellingly where explicit content of the fetish is absent (even the term “fetish” is met with hostility) and crucially where he maintains control over the discourse, generally policing under the guise of “invalidating the identity of trans people”. One is free to reduce the fetishism (and fetishists) to transgenderism, but not the opposite (propose that sexuality can be a source of conditioning, productive of profound emotional attachments).

“I have found that there is a lot of repression going on. Many crossdreamers fear the idea of being transsexual so much that they are willing to construct the most outlandish theories to avoid that conclusion. This is why some crossdreamers seem to move from one end of the scale to the other throughout their lives. In short: Their defenses crumble.” - Jack Molay 05/03/2013

Suppression and control of community discourse.

Whilst when push comes to shove, Molay hypocritically denies the accusation that non gender-dysphoric fetishists invalidate the identities of transpeople, for simply arguing how they can be anything other than repressed transsexuals. He then alludes to a supposed shared common cause to the “crossdreaming” (fetishism) for both dysphoric & non-dysphoric individuals. This will be around the point where he shuts down discussion, by way of either exiting from the discussion or by banning. Things by this point for him, are getting too close for comfort.

“All they are going to learn (now) is that there are "fetish” crossdreamers OR “dysphoric” crossdreamers so that if one develops some measure of dysphoria, their fetish is no longer a fetish but is now magically the suppressed sexuality of the “inner woman” LOL! Hint to self hating fetishists: Gin up some dysphoria and you won’t have to be one of those awful fetishistic perverts anymore.” - Malusmalus on the hypocrisy in crossdream spaces.